What are Inrush Current Surges?

What are Inrush Current Surges?

Have you ever heard of inrush current? Most people haven’t. The video describes inrush current surges and explains their significance. Inrush current is also referred to as starting current or locked current and can be measured on motors of electrical devices.

Inrush current surges will increase as a device starts to age or when its bearings need greasing.

It’s important to know and track this current so that you can find the right-size transformer in your device or return a defective product. To measure inrush current, you will need a meter and clamps that can measure the latter. Turn the meter to amps and hit the inrush button. Once you start your motor, your meter will measure the inrush.

To get an accurate reading, you must measure the device over at least five cycles. In a good motor, the inrush current will settle down quickly. If you have a bad or aging device, it may take quite a long time for the current to settle out. If you have recently purchased a new device with an electric motor, you should waste no time measuring the inrush current. Doing so may alert you to the fact that you have purchased a poor product. Watch along with the video for a more in-depth explanation on inrush current surges. 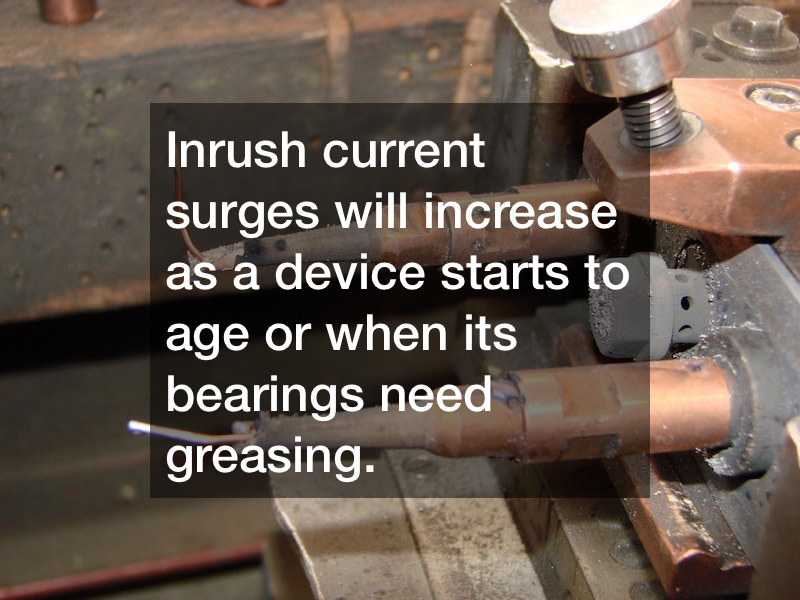 « What are the Differences in Commercial Electrician Service? Tips to Find the Right Private Elementary School in Miami »